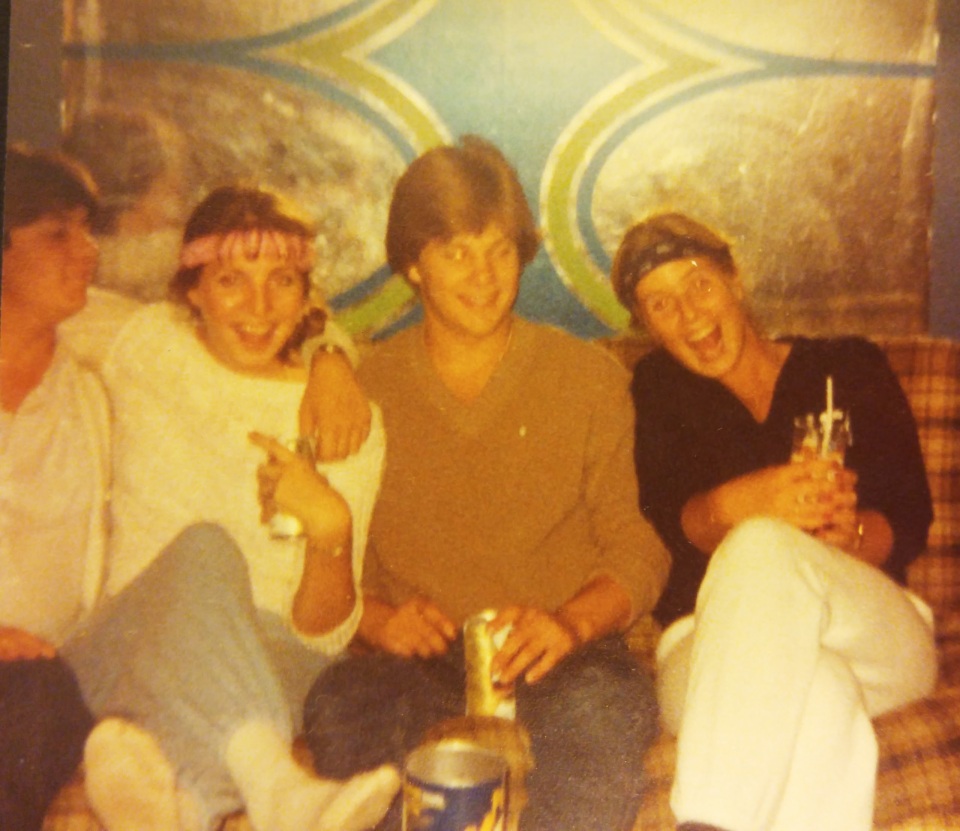 Let’s Get Physical
Headbands were all the rage, thanks to Olivia Newton John’s album of the year…I was a sophomore in college, 1981, when it was released, and when, coincidentally, drinking beer was quite the workout!
Told you I’d find it, David Thiery
Also, cc: Nick Bartolo , because dat headband.
Ron, Me, John, & KiKi #BlastFromThePast

Category : A-Z Miscellaneous, About Me, All Posts
Tags : BlastFromThePast

← The Christmas tree is a symbol of love, not money. There’s a kind of glory to them when they’re all lit up that…
Have a warm and wonderful Christmas, my friends…and a happy holiday to those of you who celebrate differently than… →

55 thoughts on “Let’s Get Physical”